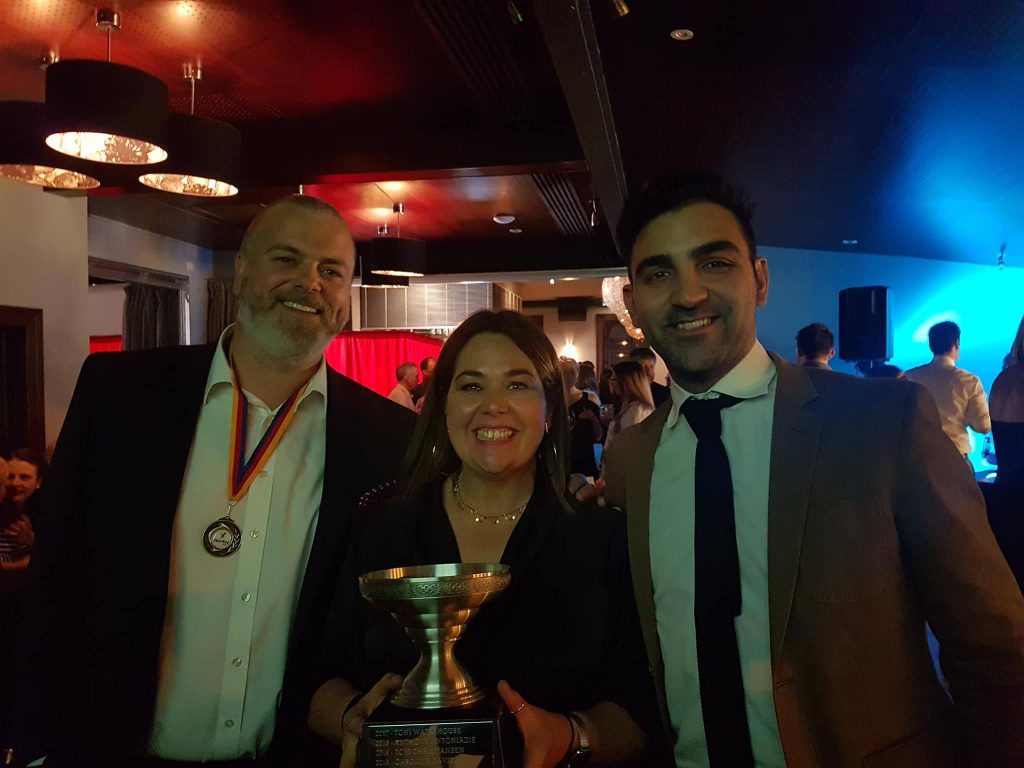 In 2012 we introduced an Award called the Bulldog Award and I said when launching it that we would only present it when we consider that somebody has really stepped up and shown extraordinary commitment to our great club and who reflects our values. Dan Haseloff was the first recipient and as I said last night we have had no trouble identifying a worthy recipient each year since. Last night was different however and I explained that there were numerous people who were worthy. I mentioned the great work of Club stalwart, Past President and Life Member, Warren Murphy, and the brilliant work of Kishan Sidhu on all our social media.

The Bulldog Award for 2018 went, however, for the first time to several winners, Anthony Antoniadis, Caroline Davies and Tom Christiansen for the magnificent work they have done all year on re-inventing and reinvigorating our sponsorship and social programs. Last night’s success was but one example of their work and impact, for which all Bulldogs are grateful.
Congratulations and thank you to Anthony, Tom and Caroline, worthy Bulldog Award recipients without doubt
Steve Shearer – President

We acknowledge the traditional custodians of the land on which we gather & play sport, the Kaurna people. We pay respects to Elders, past, present & future.