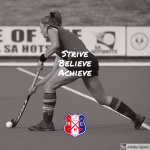 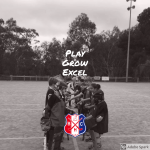 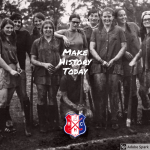 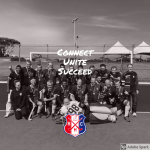 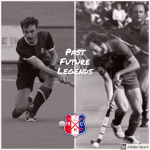 Welcome to the family!

Whatever your motivation to play, you’ve found your hockey home at Burnside Hockey Club. Catering for all ages & skills, we love to see our players grow and develop as individuals and as teams. The love & enjoyment of the game runs true through our club from top to bottom and we’re excited to have you join us to create your piece of history within our club.

To get the ball rolling, contact our Hockey Director at hockeydirector@burnsidehockeyclub.com.au and we’ll see you on the pitch!

Commenced in 1949 with one men’s team playing at Kensington Garden’s Reserve and it wasn’t until some 20 years later that women were invited to join the club.  The club has grown significantly since those early years with now over 300 players in both junior and senior teams.  The peak was achieved in 1988 when 12 senior teams and 14 junior teams took to the hockey pitches around Adelaide.

Premiership success has been consistent during the club’s history with over 45 senior and 60 junior premierships along with a countless number of players from the club having represented their state as well as having had 7 represent their country at Olympic Games.

Every player should have completed the following forms for club records:

It is important that all players must register and pay the Hockey SA registration fee before they play their first match.  Players then need to pay their club subscription as soon as possible prior to the season commencing. Players who wish to pay by instalments must arrange this with the club Treasurer as soon as possible or speak directly to the Hockey Director.

Please retain all your records of transaction and email treasurer with details of payment – finance@burnsidehockeyclub.com.au

Payment can also be made when registering through the Hockey Australia Portal.
Fees for 2019 will be advised prior to registration.

Approximate costs for 2019 are as follows:

Powerhouse Sports are pleased to offer Members and families a 10% discount on any other purchases.

It is important that playing hockey for Burnside is a rewarding, enjoyable and memorable experience.

Players must be appreciated for their team training and playing commitments and whenever possible should be encouraged to interact with each other in off field activities in order to extend and strengthen the bonds of the Burnside Hockey community.  One of the key aspects of running a successful Club is having the funds to enable the club to provide the services and programs it wants to help both retain and attract new players. Fundraising and sponsorship are the major initiatives that have been used in the past, along with occasional government grants from either state or local businesses.

A key function of any fundraising should be that it provides an opportunity for all club members to be involved.  This also allows for a spread of the load, helps to create an increased awareness and appreciation for any benefits and outcomes achieved through any income generated.

Likely events to be conducted in 2019 as fundraising events will include:

First Thursday of every month at The Maid Hotel – club sponsor

Sponsorship
It is important that club members support the club sponsors as they provide a valuable resource for the club. Here are the sponsors for 2017 and we hope to retain these sponsors for the 2019 season.

We acknowledge the traditional custodians of the land on which we gather & play sport, the Kaurna people. We pay respects to Elders, past, present & future.